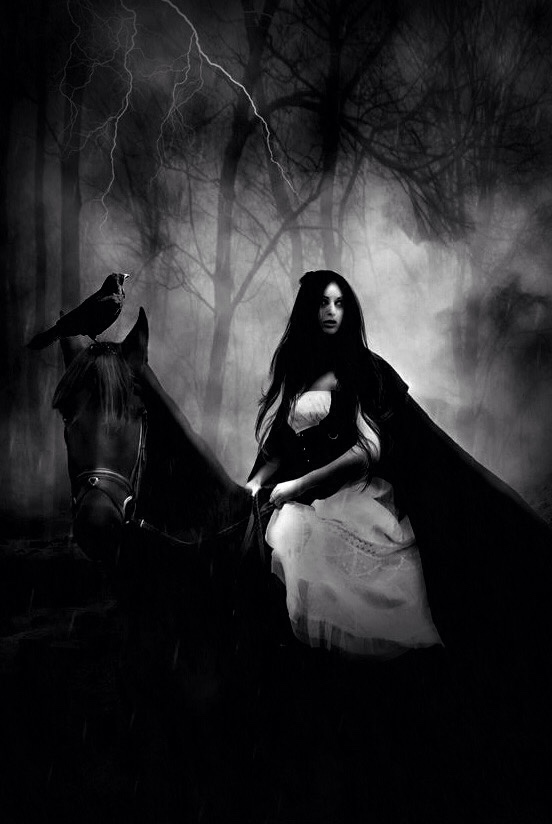 She made an art of her disguise, although her greatest yearning was to be recognized, known, and accepted by those of like and thunderous hearts. She walked in the world, but not of it. She participated, and contributed, but did not belong. She worked, and laughed, and fulfilled her duties so flawlessly that those in her circle accepted the mirage; the illusion of her that would disappear if one were to reach out to touch her.

She remained concealed behind the reflection that allowed those around her to see what they were comfortable with, instead of the truth of her. She gave them their comfort in this, as her heart thundered in her chest, and her downcast eyes hid the flashes of lightning that preceded each rumble of the imminent storm of her.

She began to know, as her self-awareness grew, that the storm could not long be contained without causing irreparable damage. She knew the heart of her needed the wind, earth, fire, and rain that were hidden all around her; she needed them to manifest the reality within her, as much as they each needed her to do the same within themselves.

She knew for certain that there was only one way to tip the world from the false facade of power, into the glory of a world of magic and possibility. It demanded the courage to drop her defenses and let the truth of her call to the truth of the others at the far edges, and dark borders of their own lives. She had to be brave enough to open her eyes and let the lightning be seen, and the overwhelming thunder of her heart be heard as it responded. She had to show them how to create a new world with only the flashes and pounding to lead them through a shallow existence that didn’t welcome change. She needed the winds of change, the nurturing earth, the fire of transformation, and the rain of life’s mysteries to have a prayer of succeeding.

There were many who turned from her, mocking her as she dropped her disguises. Those she loved shook their heads and distanced themselves from the discomfort of her self-searching and truth-telling. Although it grieved her, she let them have their comfort of space, and continued to call to those with elemental hearts, wild spirits, and souls of fire.

All that was not the truth of her fell away.

She called to them-her heart thundering against the madness of this existence as it is.

Can you hear her?