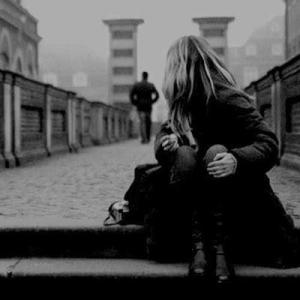 What are the warning signs of a dying relationship? Why does it seem that only one partner is aware of this impending tragedy? Is this really true, or is it simply that one person chooses to be blind, is comfortable with the way things are for them, and hopes to ride out the discontent of their partner? The equivalent of pulling the sheets up over your head and thinking the monsters can’t see you.

This whole scenario astonishes me.

If someone I love looks at me and says, “It hurts me when you do that.” You can bet your ass I’m not going to be doing whatever that is again. Because that would make me an asshole, which I am not. If my partner looks me in the eye and tells me he needs something from me that I have the power to give him to ease his heart, then that exact thing is what I’ll do. If I learn there is a particular thing I can do that makes my partner feel loved…it’s happening.

It seems simple to me.

A relationship is a two way street, a collaboration, a joining of two to make a sum greater than. It is not King and servant, Lord and minion, Owner and possession. It is supposed to be two people who mean so much to each other that they both give to the other, building a fortress of unconditional love while doing so. It is the constant pursuit of that ideal for each other, and for themselves.

I remember it clearly. Because I felt the first vertebra in my spine solidify in what would eventually become a backbone. I remember it because I shook off the thought of “if I only tried harder”, and decided to burn every single relationship self-help book I’d ever purchased. I decided if I were going to become better, stronger, and more alive, I would do it for me.

Because that’s who deserved my efforts.

This is where I stand. Don’t tell me you don’t know. Don’t be a coward. Just step up and say, “I can’t give you more than two weeks of effort, because it just isn’t important enough to me”. Just admit you want someone to make your life easier without having to do the same in return. Admit that you want to be respected and valued without having to reciprocate. Admit you’re afraid of being alone so whatever you call this is just good enough for you. I say all of this knowing you won’t, because you know if you did…

It would make it easy to leave, and you know it’s hard to do.

This is where we are now. Take a good long look. Frightening to you isn’t it? It should be, because the future that you fear…

I welcome with heart wide open.